Skip to content
Marina & Milan | Centre for the book

This wedding is just unique and spectacular in every way! The couple’s story is also worth reading, trust me!

Style of the wedding

I’m really not into minimalism. My aesthetic moto is “more is more”. When I pictured our wedding I was hoping for something opulent, something where our guests would feel really special. We both come from families who serve the Lord and who God has been faithful to. We wanted to celebrate that. I was very mindful of the fact that it wasn’t just us getting married, it was also a joining of two communities.

We chose the Centre for the Book after seeing this wedding online. I still think theirs was the most beautiful, timeless wedding ever. I’m a playwright and big reader. Milan is also into comics and even wrote his honours thesis on Batman in film. The “centre for the book” was thus a natural choice for us. The building is amazingly intimate yet still has the grandeur suited to a banquet. I wanted a medieval-esque banquet and even chose the food to hint at this- lamb shanks etc. I would’ve liked a pig with an apple in its mouth but apparently they don’t do those anymore- anyway that’s the vibe we were going for.

We met whilst studying drama. I thought he had nice legs but didn’t want a relationship. When I got to know him I quickly realized he was golden. I gave him some trouble but now I’m his. He won. I’m really glad.

I had and eye on her when we acted together in our third year but she made it clear that she wasn’t interested. The next year we were in a small class for our honours in acting. I was the only guy in the group so could pick who I wanted to act with. She was the best actress and I wanted an excuse to get her alone so…I chose her to act with. The play we were in had a few kissing scenes which I would usually act in just a little longer than necessary. After a lot of coffees and running lines together, she always made sure there was another person present for some irritating reason, I realized I was in trouble. I was really in love. One day she was coming to rehearsal in the pouring rain. I still remember she had on a green jersey and a white long dress underneath, her costume. She looked up with those huge blue eyes and greeted me with a smile. So I kind of cracked and told a friend who said he wouldn’t tell a soul. He told her in a matter of two days. Nothing is confidential in the Drama Department. She told me a few days after, “we have to talk”. She said she knew I had feelings for her, our friend had told her, but that it would never work and that we have to finish the play professionally. I knew she got a lot of attention from when we went out dancing so I knew my only “play” with this girl would be to act as if I’m okay.  You have to kind of tango with Marien. I got up as if to walk away and said as nonchalantly as I could- “I understand, oh well, it was fun feeling this way”- even though my heart was breaking. I started walking away and I heard her say: “Milan, wait!”. Then I knew- I had her.

We got married at the NG Kerk Tafelberg. It’s such a beautiful building with the most amazing organ. Neither of us are members of the NG Church but they graciously allowed us to get married there. It was really special getting married in a church with such a rich history. They were very accommodating and lovely to work with.

We decided to have our pre drinks at Truth Steampunk cafe across the church as Truth for us is synonymous with modern Cape Town. They were fantastic and the guests loved the informal experience of grabbing a coffee and snacks before the really formal reception.

We adore Cape Town and wanted to get married in the heart of the city. We regularly roam the city streets and wanted our guests to experience something of our love affair with the city by going on a mini adventure to the different venues.

When I had 15mins alone with her in the Company Gardens. We watched the sun set behind Table Mountain on a park bench just after the photos were taken and before we entered the reception. A homeless man volunteered to be our guard (I don’t know what he was protecting us from?). I loved being alone with her.

We had a black tie wedding. Even though a lot of guests complained, groveled, threw tantrums- some of my favourite moments were when some of the guests would come and tell me about their special dress or suit. They had stories to tell about their outfits- “this was my gran’s”, “my father wore this blazer on his first date with my mother”. Some even said “Look I wore velvet for you, Marina”. I love velvet. I felt so touched that everyone had worn their best to celebrate our wedding.

The moment at the very end. He took my hand and he said we had to go- there was an Uber waiting outside the venue- a real city wedding moment. It was incredible knowing I’m going home with him and I never have to say goodbye again. I still have to pinch myself sometimes.

I’m religious so I’d say pray a lot as this helps you focus on what’s important. It’s not true that it’s just about the bride. It’s about a lot of people coming together. I think if you’re expecting it to be all about you there’s a lot of disappointment as this is not often the case. If you expect it to be about a community you roll with it if there’s criticism and you protect and value your relationships which have to last long after the day is done.

That being said- be nice and nod and say thank you- then do exactly what you want. I ignored a lot of well meant advice about tablecloths and bridesmaids dresses and makeup and I’m so glad I did. Some of my favourite elements in the wedding were things where not everyone agreed or where I was told “that’s not done on a wedding”. Use tradition if it has meaning. If it doesn’t make sense to you, then leave it! We didn’t throw a bouquet, a garter or cut a cake. No one missed it. Those things didn’t make sense to me so I left them out.

Speeches are my favourite part of a wedding. A lot of people tried to shorten the amount of speeches or said the bride shouldn’t speak etc. I ignored this and I’m so glad I did. I got to honour my parents and grandparents and I got to make a mini love declaration to my husband. Why can’t girls do that? Basically- do what you want but be nice about it.

I had a coordinator on the day who took over the week before. We didn’t want a full on planner as I was fine with organizing everything beforehand and wanted to make sure we get the right look. I highly recommend this as its totally affordable and the best of both worlds. A venue like ours has a lot of logistics as everything needs to be outsourced. A coordinator does all of the deliveries etc so you can relax before the big day. This was a big privilege and Nu form Nu Experiences was phenomenal- wow!

The tables were also arranged in a long table fashion. When the guests entered- they were served with gluwhein as it was (supposed to be) the coldest day of the year. Even though I’m a teetotaler, gluwhein is special to me as my family always has this when going annually to the Grahamstown Arts Fest. My mom always jokingly says this was where I gave my first kick as a baby in her womb. This was also one of the first places me and Milan went on a trip together with friends. He had a lot of gluwhein. I had a lot of coffee. It was magic. We asked Sylvia Mdunyelva, our favourite jazz singer to provide live music for us at the reception. She is a legend and it was an honour having her play at our wedding. The atmosphere with her playing was electric. We entered the reception on her rendition of “Pata pata”.

All our crockery was sourced by my amazing mom. I showed her a picture of what I wanted and she ran with it. A lot of it was pieces my gran collected, she adores antiques, as I do. When I was a little girl she always took me to antique shops and taught me about the cups, what made them valuable, checking the rims to see if the edges still have all their gold on them. She couldn’t make it to the wedding, she has Dementia, but I know she would’ve loved all the colourful plates and cups.

We wanted the guests to feel welcome and special. We thus tried to choose a book which had some significant meaning to them as a gift. Me and my mom roamed many a second hand bookstore to find one for each of the guests. Their name cards were written on old library tags which go inside books which I bought on Ebay from England. On these we wrote each guest a note.

We had minimal stationary as this was cost effective and greener. We basically just had one booklet which was handed out in church with all the info guests needed. The seating chart, menu, hymns, program, map, parking info etc was all in one place.

Choose vendors not because they’re famous or cheap but because they can execute the look you want. Take the trouble to talk to past clientele and get advice from newly weds. This helped us a lot. Also, if you want something specific, don’t be afraid to ask. Milan and his groomsmen’s outfits were very specific and we asked for exactly what we wanted. However, flowers are very important to me and I see florists as artists who shouldn’t be inhibited. Give vendors a good creative brief, i used a lot of paintings instead of flower pins, and don’t be too prescriptive. I think the same goes for the photographer. If they have to focus on getting a list of shots on your Pinterest board, they sometimes miss the moments Michelle captured so beautifully.

Venue | Centre for the Book 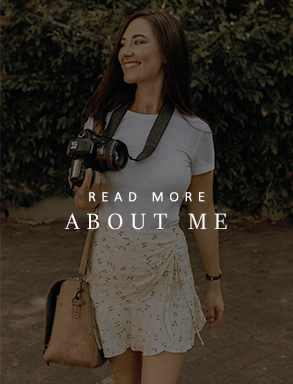